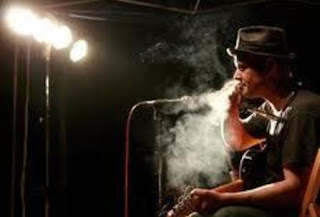 Frank Morey and His Band will be playing the Backpage Club in Kearney Square this Saturday night, his debut in that new venue. I was in the club this past spring watching a the act du jour, and the Backpage is fast becoming known for solid bookings on a consistant basis, when I caught a glimpse of Lowell's own Frank Morey and Scott Pittman on the large screen tv. The pair were being profiled on NECN's Style Boston program for their increasingly epic tenure at the Plow & Star in Cambridge. I am so excited to see Frank and the Band back in Lowell in the flesh. For Lowellian music fans who can't get enough of their hometown, tastefully woven into passionate roots music, I highly recommend you try to secure a copy of Frank's early offering "Bourbon Soaked Halo"...you will not be dissappointed.

Frank called Jack Baldwin and I this morning on the Mid-Day cafe to talk about bringing it all back home, so to speak...below is a link to the interview.

Posted by wirelessmike at 7:40 PM